Why pleadings are not negotiations… are they?

This post is useful for some, or should I say most, negotiators because they fall in a “pleading mode” when doing their commercial negotiations. These negotiators can be anyone from CEO’s, commercial directors, sales managers to in-house legal representatives and external lawyers. Furthermore, this post is especially useful for many lawyers, who may not see their pleadings in court, or in front of a arbitral tribunal, as negotiations. By making a parallel between pleadings and negotiations, we believe both negotiators and lawyers can learn and improve.

Pleadings are somehow a (continuation of) negotiations

The pleadings we are talking about here occur in the framework of dispute resolution on commercial contracts. Before the actual disputes, there is normally, hopefully, a fair amount of negotiation in an attempt to avoid the dispute to crystallize or escalate. The arguments used during these negotiations are already the foundations for pleadings during dispute resolution. Of course, at the dispute stage, the parties are allowed to bring new arguments to the arbitrator, the judge or the dispute board.

Pleadings are not like (the typical idea we have about) negotiations because:

Commercial negotiators sometimes “plead” … and they should not

I remember sitting at protracted negotiation with my lawyer. He was saying good stuff but didn’t have the sympathy of the counterparts. I warned him “you may be right on the arguments; they may even admit it; but you’re not getting the concessions for it”. We all know, we should do these negotiations in order to reach a deal, not for the beauty of doing them; not for the beauty of the arguments; nor for the pleasure of the speaker.

A negotiator should not enter into a “pleading mode”. He/she should not fire all the “right” arguments and hope the counterpart will concede victory. Negotiations are about walking a path of carefully chosen steps to find and build a solution jointly. An outcome acceptable for all parties and preferably really good for your side. “Speaking less and listening more” is the advice from most negotiation gurus. You are better off serving the arguments as “objective conclusions” in reply to something your counterpart said. Chris Voss, the former FBI hostage negotiator, recommends us to aim for a “that’s right” statement from your counterpart.

Why lawyers may start considering pleadings as negotiations

When pleading, lawyers are “negotiating” to convince the deciding body, the judge, the arbitrators. Just like commercial negotiators, they should not work to obtain a “you’re right” feeling in the mind of these arbitrators. They should go for a “that’s right” conclusion. The difference may seem small but it is fundamental, also in the case of dispute resolution.

As a kid, I (and many like me) had to learn the “you’re right” trap the hard way. After endless discussions with parents or siblings, I sometimes may have thought I had won… but it was an illusion. When those discussions ended favorably for me based on arguments, they were often accompanied by a statement like “you may have a point but the real problem is how you presented things”. That means it was all just arm-wrestling, very non-convincing.

“That’s right” is completely different. It about an objective, universal truth. Nothing to do anymore with the person that brought the arguments; no credit or respect to the author required. The conclusion will stand, disconnected from the eloquence of the person that made the case for it. Reaching justice is the goal in dispute resolution; establishing the “rights and wrongs”, not because of the way things are presented.

Just like in a negotiations, the lawyer’s aim should be to bring the judge or arbitrator to a “that’s right” conclusion. And that requires a low-profile from the presenter. Unfortunately, we aim too often for “you are right and… they are wrong”, for the spotlight, for a recognition of how good we said things.

As a lawyer, don’t actively look to be remembered for your pleadings. Recognition should come naturally. Do not aim to patently “destroy” your counterpart and do not ridicule their arguments. The tribunal should not follow your recommendation because you’re brilliant. Top lawyers can avoid that trap and are more effective.

Pleadings are somehow a particular from of negotiation, a narrow form. They are about convincing a third party – the judge or arbitrator – without taking fresh information, without adjusting in due course, with the counterarguments packed a separate phase. Still, the person pleading should not aim for a “you’re right” feeling. The goal is to get “that’s right” which will automatically be transformed favorably in the award.

Commercial negotiators should absolutely avoid to revert to a “pleading mode”. It is detrimental for their success in the negotiation. My experience is that they will obtain less concessions and, overall, a less favorable outcome.

You can read other posts about negotiation on this blog.

[…] Not “actively listening” and therefore not bringing to light the interests of the parties. Many negotiators are stuck in the “beauty of argumentation”. Without any intention to stigmatize, lawyers often suffer from this. […] 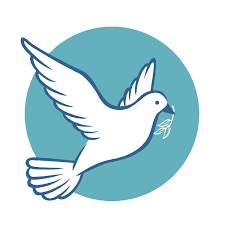