Mediation, do you want to know the latest status?

On 06/02/2019, I participated to an event organized by the Young Members Group of CIArb named “Arbitration & Mediation at a Crossroads”. The event was very interesting, especially to reflect on the positioning of mediation within the spectrum of dispute resolution methods. Thanks to the organizers and the panel members.

The panel members were:

Here are my main take-away’s that could be useful for the readers of this blog.

According to the panel, companies are – more and more – motivated to stay out of litigation and arbitration. In general, society is moving from a hierarchical decision-making process, a few decades ago, to a negotiation environment, pushed by flatter organizations. Companies prefer nowadays to resolve – as much as possible – their disputes through negotiation. This is especially true when parties wish to maintain relationships and keep their disagreement out of the limelight. When direct negotiations are not successful, a mediator will be called in.

In that context, some brainstorming was done around the optimal timing of mediation. Rather upfront of any arbitration, during the establishment of the arbitral tribunal or as suspension period within arbitration proceedings. ICC provides the relevant model clauses to be considered together with their Mediation Rules.

As an outcome of this panel discussion, I consider that mediation should best be performed relatively early in the process. Before the dispute becomes too sour and the parties cannot properly communicate anymore. This is especially true because a mediation can:

Why should we use mediation when we can negotiate?

The panel also reflected on why not to leave out the mediator altogether, if he has no decision power, and stick to direct negotiations between the parties. Enough arguments where tabled to keep mediation as a credible ADR mechanism. To mention some:

Should lawyers be present during mediation?

On the subject of whether the parties should be accompanied by their lawyers during mediation, the following was mentioned:

Mediators, and most people favorable to this form of ADR, expect that the Singapore Mediation Convention will reinforce the interest in mediation. Currently, the number of cases has been growing each year but not as much as other forms of ADR and as could be expected from the above cited advantages. Because a mediation settlement is actually a mutual agreement, the chances of its implementation are high. However, companies seem to require some argument to provide for a mediation step. And, the overall dispute resolution process would be longer if no settlement is reached within this additional step. In that context, it is a much better argument for companies’ legal counsel that the (potential) outcome (i.e. the settlement agreement) will be enforceable rather than to just have to rely on the goodwill of the other party.

The objective of the Singapore Mediation Convention is to facilitate the enforcement of international commercial settlement agreements resulting from mediation. On 26 June 2018, the final drafts of the Convention on the Enforcement of International Settlement Agreements and the corresponding Model Law were approved. The Convention will come into force after ratification by at least three member states. A signing ceremony is expected in Singapore later this year.

For the convention to apply, certain criteria have to be fulfilled. The party that wants to enforce a settlement agreement shall supply (i) the signed settlement agreement and (ii) evidence that the settlement resulted from mediation to the competent authority of the country where relief is sought. If you are interested, you can find more details by clicking here.

Mediation, as an opportunity to settle quickly with the help of a third party and with low procedural costs, definitely has its place in the framework of dispute resolution measures. The future of mediation is likely to be bright with better enforcement of settlements (thanks to the Singapore Mediation Convention) while remaining in tune with a changing of society (with the shift to a “negotiation society”) and benefiting form new technology (for example, sophisticated video conferencing).

Click here to read other articles on dispute resolution on this blog.

Speaking with Howard Carsman from Intel about innovation in dispute resolution - AfiTaC.com · 3 April 2019 at 20 h 37 min

[…] processes. Over the years, the experience in the US, at least from Howard’s perspective, is that mediation has become more complicated and more lawyer controlled. The frequency of actually resolving a […] 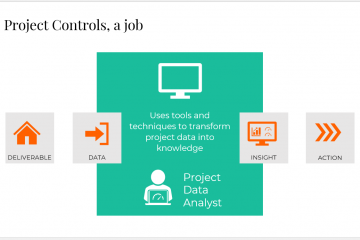